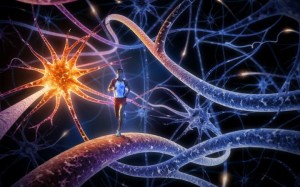 “If you are 65 now, then you really ought to bank on living to at least 86 as a man, and 89 as a woman. That is the new average according to the handy Stats NZ life expectancy calculator.”  John McCrone

Much food for thought in an interesting recent Stuff article on the “new longevity” by John McCrone: Not dead yet. Making the most of the new longevity.

With the help of a range of experts and comments from the target age group McCrone seeks answers to the questions: Is 70-something a new stage of life, but one without a proper role? With the way we all live longer now, how should this bonus time be used?

One topic of discussion not really covered was the cognition condition of  the typical septuagenarian  cerebral  bag of marbles.

Barbara Arrowsmith-Young*, Toronto based author of  The Woman Who Changed Her Brain was the new neuroscience lay pioneer of some key  general principles and practices of brain plasticity, distilled from her do-it-to-herself approach to fixing her own learning disabilities.

These practices can be taught to assist learners strengthen weak cognitive capacities underlying learning dysfunctions through a programme of specific cognitive exercises.

Dr Norman Doidge pointed out in 2007 in The Brain That Changes Itself  that, within certain constraints individuals can be their own brain’s programmer.  Learning transforms brains. Practitioners of Neural Linguistic Programming had long taught this. Now neuoroscientific tools provided direct insights of how this happened at the nano neuron level.

In their 2010 piece Brain Power Peaks In The Silver Set  Swinford and Kerbaj* pulled together and popularised an  interesting synthesis of research which is part of a wider reappraisal into intelligence which “has overturned the notion that intelligence peaks in the late twenties, prompting a long, slow and inevitable decline.”

Whether it is still dancing to an old rock ‘n roll number or exploring new activities, the evidence is Crystals clear.

That’s reassuring. Even if some of us are still not sure what we’re going to do when we grow up, many  mature people are apprehensive about the possible onset of the dreaded Mental Brewer’s Droop in its various manifestations, from minor short-term memory loss to the big A.

But it seems that while short-term memory may, in fact, decline with old age, long-term memory in most people remains unaffected and a person’s vocabulary, emotional intelligence and social skills may all get better.

Of course a sad minority has real problems.  About 1% of the population, sufferers from dementia.  With demographic changes, this number is predicted to rise by 400% by mid century.

Older people are able to retain and hone an effective a range of skills. It appears that expert knowledge is stored in brain cells known as dendritic spines which seem to be protected against ageing by a metaphorical silver lining.

Until fairly recently some in the more mature ranks have been more concerned with dandruff and dentures than dentrites.   Bur when it comes to decision-making, it also turns out that older people are more likely to be more rational than young people because their brains are less susceptible to surges of dopamine, the feel good hormone that can lead to impulsive reactions and dopey decisions.

Despite slower brain speed, older people apparently solve problems more efficiently, drawing on “cognitive templates” of how they resolved similar problems in the past. The key is the process for problem solving not the content of the answer.

We know that top sports people are considered over the hill in their mid-30s, though there are more and more exceptions,  but many of the most influential people in politics, business, law, literature and science are in their late fifties and sixties or older. Management gurus W. Edwards Deming and Peter Drucker were both still lecturing in their mid-90s.

Not only changing demographic patterns but also the loss of significant cognitive resources have led to demands for the retirement age to be lifted in some professions in the UK.

New Zealand no longer has an obligatory retirement age, though age 65, when national superannuation kicks in, has become the target retirement age for many New Zealanders.  But an increasing number are staying on in the work force, not necessarily because they have to but because they want to.

However, the older and more experienced often struggle to hold on to their present positions, let alone gain new ones.

Now it’s the crass ceiling which favours the young and brash at the expense of the mature and experienced.  In the light of the findings above, this is waste management. It ignores  distilled experience and knowledge in a society which  is data and information rich but knowledge and wisdom poor.

We’ve heard a lot about Generations X and Y and so on. Let’s now hear it for Generation S-the  65+years old silver set.

Those of us in this age bracket are in our element.  Just as silver is precious, with the highest electrical conductivity of any metal,  21st century research demonstrates that  “silver-lined” neurons are pretty good at conducting the impulses which are the functional units of the nervous system.

With the right physical and mental exercise, neurons can be kept in better nick at later life passages for more people than hitherto thought.

So  pre-shroud every cloud  has a silver lining. Most members of Generation S are capable of rendering sterling service if they keep their knowledge and skills polished

Let’s go on The Attack and claim back their feel good 1960s song Hi-Ho Silver Lining*  from  noisy English football clubs like Everton and make it the anthem of a resurgent and resplendent Silver Generation everywhere.

You’re everywhere and nowhere, baby,   That’s where you’re at
Going down the bumpy hillside in your hippie hat
Flying across the country and getting fat
Saying everything is groovy When your tires are flat
And it’s hi-ho silver lining  Anywhere you go now, baby
I see your sun is shining but I will make a fuss  Though it’s obvious…

Lyall Lukey is an ideas catalyst and a connector. He is an education leadership conference organiser, a conference speaker, a goals and strategy workshop facilitator and a blogger. He has been MD of Lukey Resources since 1987, co-ordinator of SmartNet workshops since 1997, convener of the annual Education Leaders Forum (ELF) since 2007 and LiveServer of Silververve since 2017. He also ran five annual Seismics and the City events from 2012-16 in the wake of the Christchurch earthquakes of 2010-11. Silververve is an evolving network of people aged 55+ who are more interested in "re-tyrement" than retirement. Lyall is a keen slow cyclist, acoustic guitarist and occasional social cricketer. He lives at Kennedys Bush, Christchurch, New Zealand with his wife Sylvia. They have three adult children and several grandchildren. More at http://www.lukey.co.nz/people/lyall.html His websites are: http://www.lukey.co.nz/, http://www.smartnet.co.nz/ and https://silververve.com/ View all posts by lyall1